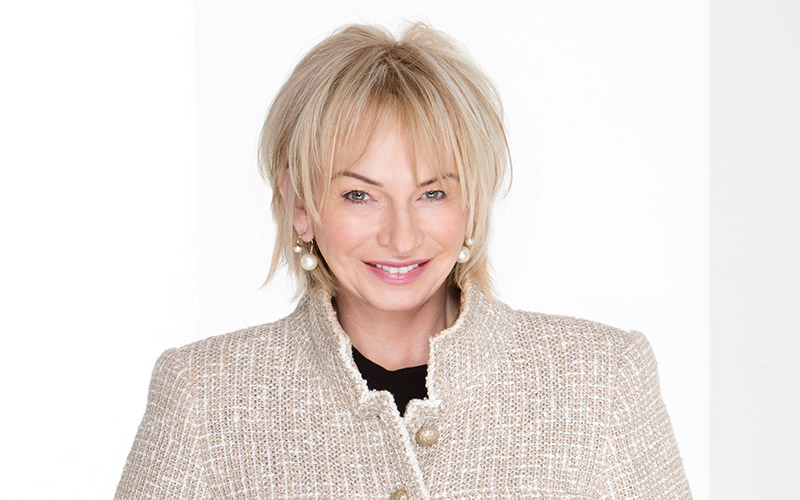 'People talk of Craymer as a human dynamo, a workaholic with extraordinary focus but she is a delicately pretty blond....with a calm demeanour'
Evening Standard, Liz Hoggard 2008

'Under the immaculate blonde dye job ticks the brain of the greatest showbiz impresario of the decade. Hard work, hard bargaining and a bit of hard liquor – this is Craymer’s recipe for making a billion'
Sunday Times, Giles Hattersley 2008

'Judy Craymer is the brains behind all of this. Someone has to be the Barnum and Bailey. You know what I'm saying (she is the) PT Barnum of it all and puts all the pieces together and moves the ship forward. She's the one that carries that baton.'
Andy Garcia 2017

'I have such a girl crush on Judy Craymer. I think she is the coolest lady, you never hear her raise her voice, she’s always just dressed in such an interesting way, she’s just got the coolest manner and somehow brings all these people together and she seems to never break a sweat but she’s at the epicentre of MAMMA MIA!'
Christine Baranski 2017

'Judy Craymer is MAMMA MIA!, basically. I mean she, she's great fun. She doesn't feel like a producer. She's a good time girl basically. And she is MAMMA MIA! If you wanted to know about how things should look or anything, people ask Judy, you know. She is the god...yeah, the godmother of MAMMA MIA!'
Julie Walters 2017

'Judy I adore. Judy I have the greatest respect for. She is the real MAMMA MIA!, she is the lady that has kept this boat afloat with her passion, her vision, her sexy intellect of knowing and the way she deals with people and seduces people in the most gracious way. In the most charming way. Judy Craymer - it starts and ends with her.'
Pierce Brosnan 2017